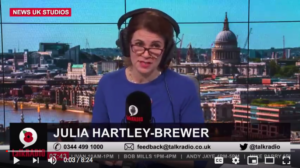 On November 4th, ahead of implementation of the UK’s second national lockdown, a 73 year old retired nurse was arrested for taking her 97 year old mother out of her care home in order to care for her at home. The family had witnessed her deterioration over the months since the first lockdown in March and were concerned another lockdown would bring her to an early grave.

In the face of another severe and potentially open ended lockdown, the family visited the care home and say once there they spontaneously decided that grandmother would be better being cared for by them and attempted to take her home. They had been through the bureaucracy but had been stone walled. The family had made a grave error and while they had  Power of Attorney for her financial issues, the grandfather had not wanted to apply for Power of Attorney for her health and welfare.

But whatever the legal situation, is it proportionate to arrest a 73 year old woman and put her in handcuffs, when she is acting out of concern for her 97 year old mother?

This is something that currently affects many thousands of families with elders in care homes. The risk to residents in care homes was exposed by this blog back in May. When the numbers came in after March and April, it was found some 20,000 care home residents had died from COVID19. Elders from hospitals with active COVID19 were sent directly into unprepared care homes. Incredibly nothing has changed and the national policy is again to discharge elders, straight from hospital into care homes, even if they are known to have active COVID19.

Aside from the harm to health caused by loss of contact with relatives and the difficulties with feeding for dementia patients, would any of us want to leave a loved one in a care home in such circumstances?  The government has made a last minute U-turn, 24 hours before lockdown, to allow visits from relatives. But given the national policy of sending infected elders from hospital to care homes, where ALL residents will be members of the most vulnerable group that we are supposed to be protecting, and the lack of PPE and resources to cope, has not changed since March and April, how can anything but the same devastating outcome be expected?

In March and April, the government claimed it was a novel virus and no one knew how it would play out. Six months later, this cannot be claimed to be the case. It is another example of the government not following the most basic rules of Infectious Diseases 101. It will lead to more unnecessary deaths and heartbreak for families across the country.

Talk Radio interviews the nurse and her daughter.