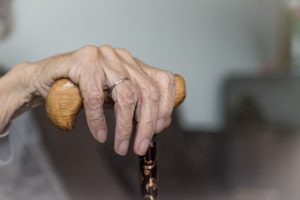 On May 13th, the UK newspaper, The Guardian, reported the death toll in UK care homes may be double the official figure and could be as high as 22,000. The UK deaths from COVID19 now total almost 40,000, the highest in Europe.

“More than 22,000 care home residents in England and Wales may have died as a direct or indirect result of Covid-19, academics have calculated – more than double the number stated as passing away from the disease in official figures.

Academics at the London School of Economics found that data on deaths in care homes directly attributed to the virus published by the Office for National Statistics significantly underestimated the impact of the pandemic on care home residents and accounted for only about four out of 10 of the excess deaths in care settings recorded in recent weeks in England and Wales.”

The article made it clear that these deaths could include some who were hospitalized from care homes and subsequently died, so technically hospital deaths, and include “excess deaths” of other care home residents, but which nonetheless could be attributable directly and indirectly to COVID19. Some of the deaths could be due to a lack of care available for other conditions and the many challenges faced by staff that affected the quality of care they were able to give. Staff were not immune to the fear of catching Covid and were not given adequate PPE. It was difficult to give the residents the level of care they needed when they were isolated in their rooms. Furthermore, staff absenteeism ran from 10-20%, which put a greater burden on remaining staff. Experts studying the situation in care homes worldwide said that residents being isolated in their rooms, without enough food, drink or medical support increased their risk. Add to this the psychological impact of extended isolation, devastating for many of these elderly people, unable to see family or friends and pressured by the health service to sign Do Not Resuscitate Notices. High levels of stress are known to increase susceptibility to any infectious disease.

The article states that “they (experts) said that from 13 March to 1 May, there were 19,938 ‘excess deaths’ in care homes – that is above the average number of deaths for the same weeks in the previous five years. Only 8,310 of these were specifically linked to Covid-19 by the ONS – reflecting the declarations of care homes, rather than on death certificates. The researchers added that deaths of care home residents in hospitals are not currently accounted for in the ONS figures and that around 15% of deaths of care home residents happen in hospitals, and that this figure could even be higher.”

Further analysis is being done on these figures, but it seems clear that a large percentage of total deaths in the UK were in care homes. Even if the final number is 50% of all UK deaths, it would be a serious indictment of how we cared for the elderly and must question the narrative of the Science Advisory Group for Emergencies (SAGE) experts about how dangerous COVID19 is for the rest of the population.

The challenges of care home staff were compounded in the early stages when elderly people were sent back from hospital into care homes without being tested. There is no doubt that these residents carried virus back into their care homes. A similar situation occurred in New York State and, according to reports, accounts for a large percentage of deaths. When the crisis has resolved, the numbers will lay bare the woeful inadequacy of the policy to protect the elderly in care homes.

Other reports have highlighted similar findings in many countries where the death rate in care homes has been extremely high, ranging from 10-60% of the total deaths in the entire country. In Italy, the high death rate that terrified the public in the rest of Europe, is largely attributable to their aging population and the number of care homes that were unable to deal with the crisis. This, it seems, was partly because of the fear propagated by the government which led to many foreign care workers simply leaving the country before a lockdown was established. Also, a nursing shortage and the affects of lockdown for parents with children to care for as schools closed, put extra pressure on care home workers, and further compounded the existing challenges. All in all, there was an inability for society at large to cope with the crisis. It was the elderly who suffered the most and the fatalities increased through neglect and fear as much as the virus itself. In Canada, it was reported that 31 residents died in one home after being left to fend for themselves by nurses leaving to get back to their own families.

The high percentage of COVID19 mortalities in care homes must beg the question that the main challenge all along was simply how to protect the elderly and vulnerable while allowing the remainder of the population who are low risk, to continue with their lives. It is becoming increasingly clear that the lockdown strategy has caused more problems than it has solved.

Even if the number who have died in UK care homes is 15,000 and not the estimated 22,000, it means that so far, (as of June 2nd) there have been 25,000 deaths from COVID19 outside care homes, which is a number similar to the deaths expected during a normal flu season. It follows then that the ‘excess deaths’ are due more to the inappropriate strategies and a lack of protection both for the elderly and for the workers in homes in care homes. In the light of that, the lockdown not only made elderly people more vulnerable, but the collateral damage on every level for the rest of society has been staggering.

Again, the UK is not the exception. In many other countries, the largest number of COVID19 fatalities were found in care homes. This includes New York State in the US as well as Northern Italy. A controversial policy in New York in March sent many elderly people directly from hospital back into their care homes to free up hospital beds for other COVID19 patients. The elders were not tested for COVID19 and the predicted patients for the beds never materialised. Needless to say, the result was an explosion of COVID19 infections in care homes. All the research done since has consistently shown that care homes saw the most serious infections and had the most fatalities. The surge in serious cases in care homes led to chaotic counting of the subsequent deaths. If the patient was moved to the hospital and died there, the death was not counted as a care home death.

As the world comes to terms with COVID19, with the fear of a global pandemic spreading to every country and to all sections of society, it is becoming clear that as predicted, by far the most fatalities have been in elderly and vulnerable people, many of whom were “trapped” in care homes that were simply not prepared. Bad policies by governments, including that of New York State, compounded the situation by sending infected people back in the care homes, without testing, to spread the infection to other residents and workers. The ensuing global panic to lockdown much of the world may have been a tragic mistake, compounding the crisis with even more suffering. The need to protect the vulnerable was identified from the first days of the COVID19 infections. Lockdown was imposed to protect them. It should be recognized that it failed at every level. Evidence shows the infection rate increases in enclosed places, much more so than in more open environments.

There needs to be a serious evaluation of the policies embarked on by governments, the recommendations of the World Health Organization and other official bodies, who recommended and encouraged the lockdown strategies, when all evidence shows that the susceptible populations were often the ones most ignored and not protected. At best this was a profound lack of foresight in the Public Health departments and governments throughout the world. At worst, almost a tragic form of euthanasia, as so little was done until it was too late.