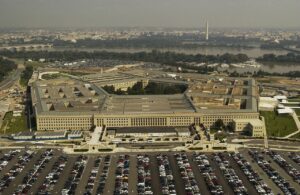 No one on planet earth can now be in any doubt that the Vaccines for COVID19 were rushed to market, circumvented long term safety trials and have been licensed despite known cases of serious adverse effects. A thinking person must ask whether a vaccine is even necessary for a viral infection with a 99% survival rate and treatment options known to be effective (yet banned). Almost exactly one year after SARS-cov-2 was reported in WuHan, the global deaths reported to be from COVID19 stand at just over 1.6 million, in a population of 7.8 Billion. Every death is a tragedy, of that there is no doubt, but let’s remind ourselves again that in 2019, 1.4 million people died from TB, more than a million Africans die of malaria every year. In the UK there are approximately 450 deaths from cancer every single day. Death is an integral part of life, but the main stream media has never given daily updates on a particular cause of death before. As a result, an immense amount of fear has been generated, and a refusal it seems, to give the population any of the good news: that 99% of people survive COVID19, that there is effective treatment, even for serious cases, that supplementation with therapeutic doses of Vitamin D can literally save lives, and that  by the end of 2020, according to official data, there will be no excess deaths for the year overall. Unless you understand statistics and infectious disease, this may be hard to grasp, given the reported daily death count for COVID19, but the piece of the puzzle that is missing is how much lower the death rate is for other life threatening conditions like heart disease and strokes or as a result of the annual flu and pneumonia season.

Back in September we covered the issues with unreliable testing methods, and the argument that a positive test in an asymptomatic person should not be considered a ‘case’ and used to justify restrictive policies, even for healthy people. But it’s important to set that context in order to look at some of the background to the rushed vaccines, which even medical professionals are saying are not even necessary at this stage.

On May 4th the UK government announced that it would be “humanity against the virus”, and the money began to flow. The government pledged £744 Million for corona virus research and an annual £330 Million contribution to GAVI vaccine alliance for the next five years (£1.65 Billion), making the UK its biggest donor. Another £250 Million was given to the Coalition for Epidemic Preparedness Initiative (CEPI), where the UK’s Chief Scientific Officer, Dr Chris Whitty was on the interim board in 2017 and now chairs the UK Vaccine Network. CEPI also has a partnership with Imperial College, London.

The UK government has invested £Millions into both the Oxford University/AstraZeneca and the Imperial College vaccine programmes. It has made a deal with GlaxoSmithKline, Pfizer/BioNTech and a company called Valneva to ensure that 250 million doses of the vaccine will be available for the people of Britain, population 68 million – so four doses for every man, woman and child.  The government also admitted it has since spent £10 Billion on the Contact/Tracing programme and another £15 Billion on PPE for the health service. Much of this has gone directly to private companies, almost entirely without tenders, leading to some serious criticism from such respected sources as the British Medical Journal, not previously known for its involvement in politics.  The government has also stated its intention to invest in a new state-of-the-art Cell and Gene Therapy Catapult Manufacturing Innovation Centre in Braintree, Essex, to mass produce a vaccine for the whole country in six months. For a government that forced the country into a decade of damaging austerity measures after the financial crisis in 2008-9, the magnitude of the turnaround should raise questions in parliament, given that to date there is still no evidence that the vaccines in question will work or are safe.

Two of the leading vaccine companies, U.S. based Moderna and Inovio, both funded by CEPI (and therefore the UK government) are using new DNA and mRNA technology that has never successfully been used before and not been licensed for use. Imperial College’s vaccine is also using the new DNA technology. It is not yet known if these vaccines will change the DNA structure in the hosts receiving the vaccine. No one knows what the long-term impact of this possibility might be. It is a global experiment, the effects of which are unknown. It is possible that these DNA vaccines may affect germ cell lines in the reproductive system and therefore be passed to offspring and to the next generations, literally changing the very fabric of human DNA. Both Moderna and Inovio have been working in partnership with the Pentagon’s Defence Advanced Research Project Agency (DARPA), which in turn has been experimenting with this type of vaccine technology and its potential for military application for sometime. DARPA has been accredited with helping develop Moderna and Inovio’s DNA and mRNA.

DARPA’s interest in exploring the use of nanotechnology and genetic applications for military and civilian purposes have caused concern for some time. The gene drive research described has also been carried out at Imperial College, London. Research into DARPA, turns up some concerning projects, that, were it not from the information in the public domain, might be labelled ‘conspiracy thinking’, unless you believe that the U.S. military’s interest and that of the vaccine industry is only for the benign well-being of humanity. As a reminder, the U.S. military’s research into the anthrax vaccine and the use of military personnel as guinea pigs is but one egregious example.  If the pentagon is investing time and money into this technology, including the use of nanotechnology in vaccines, then there should be valid reasons to be concerned.

DARPA has been working in the contentious “gain of function” research based at Fort Dietrich, Maryland, the centre of the US biowarfare and medical research since after the 2nd World War. A moratorium on gain of function research meant it was stopped in the US from 2014 to 2017 due to concerns over safety, but was able to continue in one of its partner laboratories, the Wuhan Institute of Virology before starting up again in the USA. Gain of function research manipulates pathogens to increase their pathogenicity, making them deadlier than they would be in the wild. Many scientists have expressed their serious concern over this type of controversial research. A Fort Dietrich laboratory involving research into Ebola and other pathogens was controversially closed by the Centers for Disease Control (CDC) in July 2019 citing bio-safety standards but opened again in November 2019, even though some of the same problematic issues remained.

Inovio has been working with the Pentagon’s Threat Reduction Agency (DTRA) as part of its active biodefense programme, and was given $45 million to create a vaccine for Ebola, which is yet to materialise. The company has also worked on a DNA vaccine for Zika virus, yet to be given authorization for use in humans in the USA. Using a grant from the U.S. military, the company developed a small, portable intradermal device for delivering DNA vaccines, jointly developed by the U.S. Army Medical Research Institute of Infectious Diseases (USAMRID). CEPI also invested in Inovio to make a DNA vaccine for the corona virus that caused Middle Eastern Respiratory Syndrome (MERS). Inovio is the only company chosen by CEPI that has a direct access to the Chinese pharmaceutical market.

The British tax payer is subsidising US drug and vaccine research, to help the profits of companies selling their products to China, while the UK population is being asked to  provide what is essentially the long term phase 3 trials, that should have been done before any of the COVID19 vaccines were authorised.

Has the UK government allowed itself to be deeply compromised by the financial and political agendas of Big Pharma and Big Finance and pillaged the public purse for the benefit of huge corporations. It looks like it from here.

One thought on “UK Taxpayers Money, the US Military and the COVID Vaccine”