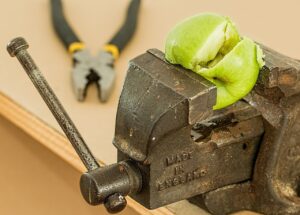 Pfizer is negotiating sales of its vaccine in South America. Complaints of bullying and coercion were made when Pfizer demanded sovereign assets (federal bank reserves, military bases and embassies) as collateral against civil action, in the event of adverse effects, or Pfizer’s “own acts of negligence, fraud or malice”.

In an alarming development reported by the UK’s Bureau of Investigative Journalism, Pfizer has been threatening governments in South America that they will withhold supply of their mRNA COVID19 experimental vaccine unless certain conditions are met.

All the COVID19 vaccine companies already have total indemnity in Europe and the US against any claims of harm to recipients, and pressure is now being put on middle and lower income countries to follow suit. Pfizer may be right to be concerned, given the unprecedented number of serious adverse effects, including deaths, that have already occurred  in close temporal relationship to receipt of their vaccine. Correlation is not causation of course, but the numbers are already shocking, especially in countries like Israel, where the population was vaccinated very quickly.

Where countries are unable to provide the financing to buy the vaccine and hold Pfizer exempt from harm, including adverse effects and Pfizer’s “own acts of negligence, fraud or malice”, Pfizer have pushed for changes in the law to be rushed through, and demanded sovereign assets, including federal bank reserves, military bases and embassies, to be put up as collateral in the deal.

Argentina and Brazil have refused and walked away from a potential deal, but nine countries in Latin America and the Caribbean have already felt under so much pressure to procure a supply of vaccines for their populations, they have capitulated to Pfzer’s demands. The terms of those deals are currently unknown and protected with non-disclosure notices.

In Argentina, at Pfizer’s request, Congress passed a new law to indemnify Pfizer against the cost of future civil claims. Pfizer then demanded Argentina take out international insurance to pay for future cases against them. Argentina offered to pay for millions of doses in advance, but in late December 2020, Pfizer asked the government to put up sovereign assets,  for example  federal bank reserves, embassy buildings or military bases, as collateral. This was the final straw and the request was immediately rejected by the Argentinian government. Argentina is now sourcing vaccines from several other companies, including the Russian and Chinese products.

Brazil was also asked to put sovereign assets up as collateral in addition to total indemnification from harm, something Brazil had never done before, in addition to an earmarked fund deposited in a foreign bank account.  Pfizer said the indemnification was non-negotiable and the Brazilian government refused, describing the terms as “abusive”.

Pfizer and the other manufacturers of COVID19 vaccines have already received billions in government funding for research and development, and advance orders for billions of doses, when the vaccine was still in early testing, the costs paid primarily by taxpayers.

Any compensation paid out for harm to recipients will be paid by the governments – for which read taxpayers. In the UK there will be a single taxable payment of 120,000 GBP if you are rendered 60% or more permanently disabled AND you can prove the vaccine was responsible. Given that temporal relationships as short as 30 minutes are not being considered causative, the chance of compensation seems slim to say the least.

Currently Pfizer has 2 billion doses to sell and expects to make sales of $15bn worth of vaccines in 2021 alone. Bill Gates has suggested that recipients may need three doses, or that new vaccines may need to be developed as the virus mutates. An ongoing, potentially never ending problem with vaccine conferred immunity against an ever evolving virus. A virus that we now know with certainty, has a fatality rate similar to the annual flu and which almost entirely affects the very old and the very sick.

There is so much wrong with this situation, it’s hard to know where to begin.

If you want to know more about the history of Pfizer’s business practices, read our post: Can we trust a vaccine produced by convicted felons.