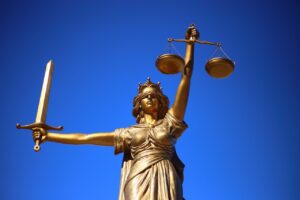 An unprecedented amount of tax payers money has been invested in individual drug companies in the race for COVID19 vaccines and treatments. The pharmaceutical industry is the most powerful lobby on earth, and by its very purpose, locked into the greatest conflict of interest of any industry.

Tax payers are heavily subsidizing the vaccine research, while the pharma industry will garner the profits for a vaccine which, we are told, will need to be given to the entire global population, probably on an ongoing basis. In addition, the drug companies involved are given indemnity from prosecution for any adverse effects of any vaccines or treatment developed under the name of COVID19.

At least two of the main contenders are using an mRNA vaccine – a completely new type of vaccine that has never been used before. Developers were allowed to bypass animal trials, and move straight into human trials. The numbers of trial subjects are small and the follow up period very short. Transparency about possible adverse effects has been lacking.  Scientists have been working to create a vaccine for coronavirus for almost twenty years and have so far failed dramatically. The Antibody Dependent Enhancement produced by the vaccine caused devastating immune responses on reinfection with the wild virus, killing the animal trial subjects. In October 2020, the prestigious journal Nature, gave strict warnings that any COVID19 vaccine should be tested on animals before going to human trials precisely because of the problems experienced with the SARS-1 vaccine. In the race for the vaccine this warning has been ignored. It is literally a step into the unknown.

Given that the vaccine developers are indemnified against any adverse effects the vaccines or treatments cause, it’s likely that the tax payers will also be responsible for potentially billions in compensation for any resulting damage. While the tax payers themselves are to be participants in a population wide experiment, since, given the speed of their product to market, there will be limited safety data for short term effects and no safety data for the medium to long-term effects. None.

Who are we trusting with this task?

Pfizer: developing one of the novel mRNA vaccines and the current front-runner in the COVID19 race, has a long history of fines and judgements against them. Ten years ago, the company was fined $2.3 billion for fraudulent marketing – the largest health-care fraud settlement in history.

Recent criminal investigations in November 2020 have been reported to the foreign corruption units at the U.S. Securities and Exchange Commission (SEC) and the Department of Justice (DOJ), looking into their activities in Russia and China.

Pfizer’s CEO legally cashed in 60% of his shares in their COVID19 vaccine, after the share price jumped following his company’s press release of their vaccine’s apparent efficacy.

GlaxoSmithKline: another company with a long list of fines and one of the vaccine front runners, was fined billions of dollars over a ten year period by the US Department of Justice to resolve fraud allegations and failure to report Safety Data. Think about that.
They illegally marketed Paxil, an antidepressant, to under 18 year olds, published misleading information and were not able to show efficacy in that age group. Their flu vaccine created for the swine flu in 2009 caused a significant number of serious narcolepsy cases, including in the UK, and it’s authorisation had to be reversed.

AstraZeneca: one of the largest vaccine producers in the world and, working with the Oxford group, was one of the leading candidates for a COVID19 vaccine. AstraZeneca have now been accused of covering up its results and not admitting mistakes it made in the dosing protocol.

AstraZeneca are accused of releasing an over the counter drug called Nexium for indigestion and GERD, knowing that it caused kidney problems, fractures and dementia and not giving adequate warnings to users. The medical research concludes that Nexium is related to these adverse effects, class action and individual lawsuits continue and so far three of the actions were settled in 2015 for more than 50 million, just the tip of the iceberg.  In 2003, the company pleaded guilty in a criminal Cancer Medical Scheme to overinflate the price of a prostate cancer drug.

Moderna: has to date never produced a viable vaccine. Never. This is another mRNA vaccine and the main contender in the US vaccine race. Moderna’s CEO also dumped his stocks in their COVID19 vaccine, after their preliminary press release about their Phase 1 trials, triggered a jump in the share price some months ago.

Merck: another of the world’s largest drug companies was found guilty of selling an anti-inflammatory drug called Vioxx, when they knew that its effects could be fatal. An estimated 100,000 people died as a direct result. Merck deliberately hid the evidence, knowing that in the event of exposure they would be fined, but their profits would be already in the bank. It was possibly one of the most cynical agendas of Pharma in a long time, yet did little to dent their share price in the long run. In other words, it was business as usual.

This is just a small example of cases in which these major players in the COVID19 vaccine development field have been proven to put profit before patients, to commit fraud to do it and deem it worth the risk, given that the fines are small in comparison to their profits. Wikipedia gives a fuller list of the largest companies, crimes and settlements.

A serious and ongoing problem

The behaviour of drug companies, their growing power and influence, and the impunity with which they knowingly commit crimes and manipulate research, has been well documented by Dr. Marcia Angell, the former editor-in-chief of the New England of Medicine, one of the most prestigious medical journals in the world. In a 2009 article published in the New York Review of Books, she states:

“…Similar conflicts of interest and biases exist in virtually every field of medicine, particularly those that rely heavily on drugs or devices. It is simply no longer possible to believe much of the clinical research that is published, or to rely on the judgment of trusted physicians or authoritative medical guidelines. I take no pleasure in this conclusion, which I reached slowly and reluctantly over my two decades as an editor of The New England Journal of Medicine .”

She is the author of the book “The Truth about the Drug Companies: How They Deceive Us and What To Do About It,” and has been a vigorous critic of drug companies and the state of the medical system in the USA. The following quote, based on the book, can be found on her Wikipedia page:

“The combined profits for the ten drug companies in the Fortune 500 ($35.9 billion) were more than the profits for all the other 490 businesses put together ($33.7 billion) [in 2002]… Over the past two decades the pharmaceutical industry has moved very far from its original high purpose of discovering and producing useful new drugs. Now primarily a marketing machine to sell drugs of dubious benefit, this industry uses its wealth and power to co-opt every institution that might stand in its way, including the US Congress, the FDA, academic medical centers, and the medical profession itself. (Most of its marketing efforts are focused on influencing doctors, since they must write the prescriptions.) If prescription drugs were like ordinary consumer goods, all this might not matter very much. But drugs are different. People depend on them for their health and even their lives. In the words of Senator Debbie Stabenow (D-Mich.), “It’s not like buying a car or tennis shoes or peanut butter.” People need to know that there are some checks and balances on this industry, so that its quest for profits doesn’t push every other consideration aside. But there aren’t such checks and balances.”

Similarly, Peter Gotzsche, one of the founders of the highly respected Cochrane Collaboration, and a respected medical writer and researcher himself, has become an outspoken critic of the medical system, and the influence of the pharmaceutical industry. In 2018, the Bill and Melinda Gates Foundation gave a “donation” of $1.15 million to the Collaboration, which although a relatively small amount for the Foundation, nonetheless potentially compromised its editorial integrity and impartiality. Shortly afterwards, Gotzsche’s membership of the Cochrane Collaboration was suddenly cancelled by the Board of Governors, following his questioning of the use of the increasingly controversial “cervical cancer” HPV vaccine. Removal of the co-founder of the Collaboration itself caused shock waves, and a number of the board members resigned in support. Can Cochrane still be trusted? Gotzsche and his supporters don’t think so.

In 2013 Gotzsche published the book “Deadly Medicines and Organized Crime: How Big Pharma Has Corrupted Healthcare.” The book highlights the illegal and immoral practices of Pharma and how this has corrupted the medical profession at every level, including individual doctors and health officials at the prescribing edge of medicine.

These same companies and others like Gilead, are the direct beneficiaries of billions of dollars from governments throughout the world, funnelled through organizations like the GAVI vaccine alliance, the Coalition for Emergency Preparedness Initiative (CEPI), CoVax and the World Health Organization, all organizations funded by the Bill and Melinda Gates Foundation and supported by tax payers money.

We are being asked to trust these companies and to trust the governments and their scientific advisors that the untested, unlicensed, indemnified vaccines will be safe and effective. And that this is our only way out of COVID19, despite the minimal risk to 99% of the population and that there is already solid evidence for effective treatment protocols, as well as preventative measures, like Vitamin D and C.

What is at stake?

The Pharmaceutical industry continues to do what it does, and exploits the current situation to make profits while it demands indemnity from harm, and politicians, many personally invested in their stock, are investing billions of tax payers money into the development and purchase of the COVID19 vaccines – in essence making sure that the COVID19 vaccine is TOO BIG TO FAIL.

The public needs to consider this information when they are making their decision regarding informed consent, for a vaccine that, according to the developers own protocols, will NOT stop infection, serious illness or death, and all  for an infection that is, by any measurement available, not a serious risk for the vast majority of people. To make a truly informed consent we need to be able to weigh up the possible benefits and potential risks.

8 thoughts on “Should we trust a vaccine produced by Convicted Felons?”