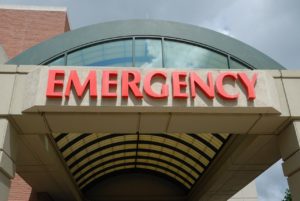 Only half of medical research can be trusted, according to Dr. Richard Horton, Editor in chief, The Lancet, 2015.

On May 26th, the WHO announced it was stopping the solidarity trials into Hydroxychloroquine (HCQ) and COVID19. Citing issues of safety and lack of effectiveness the WHO warned that HCQ should not be used to treat COVID19. As evidence it named the research paper published on May 22nd by The Lancet, one of the most prestigious medical journals in the world.

The media ran with the story under a series of similar headlines, and took the opportunity to politicise the issue: “Hydroxychloroquine: WHO suspends clinical trial of drug touted by Trump as ‘coronavirus cure’ over safety fears”, ran in The Independent, and “WHO halts hydroxychloroquine trial for coronavirus amid safety fears. Malaria drug taken by Trump could raise risk of death and heart problems, study shows” ran in The Guardian.

The articles were clear, HCQ was not effective in the treatment of COVID19 and its use increased the number of deaths and the number of cardiac adverse effects. According to The Independent: “The move comes after a study published in the The Lancet medical journal said that the use of the drug increased the risk of death by 34 per cent and a 137 per cent increased risk of serious heart arrhythmias.”

While The Guardian warned: “The WHO’s director-general Tedros Adhanom Ghebreyesus said in light of a paper published last week in the Lancet that showed people taking hydroxychloroquine were at higher risk of death and heart problems than those who were not, it would pause the hydroxychloroquine arm of its solidarity global clinical trial.”

This is surprising because HCQ has been used on the frontline of COVID19 since March. A French group headed by Professor Didier Raoult, acknowledged as the world’s number one expert in communicable diseases, developed a protocol of low dose HCQ together with the antibiotic azithromycin. They reported being able to get patients out of critical care in four days and preventing already sick patients from ending up in critical care. Thousands of desperate doctors in Europe and the US working with COVID19 patients have been using HCQ to good effect. It’s a drug that has been used for more than 60 years to treat malaria, rheumatoid arthritis and lupus. In high doses it is well known to have adverse effects, including on the heart.

If you spend any time with research papers in the world of medicine and health, it becomes clear that the media writes their headlines from the press release produced by the pharma company, or at best, from the title of the paper and the conclusion. What they should do is go back to the source. In this case the Lancet paper, published online and easily available. It’s not behind a paywall.

In a nutshell, the authors of the Lancet paper took data for 96,032 hospitalised patients treated in 671 hospitals, most of them in the US. It divided the patients into five, 14,888 records were divided into four treatment arms and the remainder, 81,144 comprised the control group. The researchers analysed the data to check for cardiac problems and deaths in hospital settings and compared them with a control group that had not received the HCQ protocol.

There was no conclusion but a summary: “….this multinational, observational, real-world study of patients with COVID-19 requiring hospitalisation found that the use of a regimen containing hydroxychloroquine or chloroquine (with or without a macrolide (antibiotic) ) was associated with no evidence of benefit, but instead was associated with an increase in the risk of ventricular arrhythmias and a greater hazard for in-hospital death with COVID-19. These findings suggest that these drug regimens should not be used outside of clinical trials and urgent confirmation from randomised clinical trials is needed.”

Clinical trials are needed, but they take time, a minimum of a year from the outset to a peer reviewed published paper, and in the middle of a pandemic, it would seem that time is that we don’t have.

Speaking of time, in the absence of the time to read an entire research paper, it’s important to at least read the methodology section, and crucial to read the discussion section, because that’s where the authors discuss any issues they had with the methodology, the data and so on. It’s also where they cover themselves and identify any caution that needs to be used when interpreting the findings. We should expect no less from the Lancet – an established medical journal with a reputation to protect.

It’s all in the fine print

In the Lancet discussion section, is the following:

“Our study has several limitations. The association of decreased survival with hydroxychloroquine or chloroquine treatment regimens should be interpreted cautiously.

Nevertheless, a cause-and-effect relationship between drug therapy and survival should not be inferred.”

“We also did not establish if the association of increased risk of in-hospital death with use of the drug regimens is linked directly to their cardiovascular risk, nor did we conduct a drug dose-response analysis of the observed risks.”

To be clear, the Lancet warns us to be cautious in interpreting the findings, and specifically that we should not infer a cause and effect relationship between drug therapy and survival.

Furthermore the Lancet also states the authors did not establish if the increased risk of death was linked directly to their cardio vascular risk – and importantly in the case of HCQ, they did not conduct a drug dose response analysis of the risks. Which is remarkable because the connection between high dose HCQ and adverse effects is already well documented. Given these disclaimers, it is difficult to work out what the Lancet DID actually discover.

One of the most challenging aspects of COVID19 has been the incidence of sudden cytokine storms, when the immune system goes into overdrive and overwhelms the patient. In terms of effectiveness, low dose HCQ has been reported to prevent this complication and save the patient from progressing to critical care, or moving them out of critical care within a few days. By the time a patient reaches Intensive Care, HCQ has not been found useful, how many of the hospitalised patients in the Lancet’s data set were in Intensive Care is unclear.

The French are not impressed

Professor Didier Raoult, considered the world’s number one expert in communicable diseases and referred to by The Guardian as “a controversial French doctor”, was clear in his dismissal of The Lancet’s study.

He “stood by his belief the drugs could help patients recover,” and publicly rejected The Lancet study.

Never one to mince words he said, “How can a messy study done with ‘big data’ change what we see? “ And referring to the patients he has treated directly with his HCQ protocol said, “Here we have had 4,000 people go through our hospital, you don’t think I’m going to change (what I do) because there are people who do ‘big data’, which is a kind of completely delusional fantasy.”

Professor Raoult is one of many eminent scientists across the disciplines who are being censored, dismissed or ridiculed for their refusal to support the official narrative of COVID19.

Within hours of publication Australian infectious disease researchers raised questions about The Lancet paper, suggesting that data relied upon by The Lancet researchers is not readily available in Australian clinical databases, leading officials to ask how it was obtained.

Dr Sapan Desai, founder of Surgisphere, (healthcare, data analytics and medical education), that provided the data, is committed to replacing expensive, time consuming Randomised Controlled Trials with “Big Data, artificial intelligence and machine learning” as a way to create “real world evidence”. In answer to the Australian officials, he has admitted that a hospital from Asia had accidentally been included in the Australian data. The Lancet has asked the authors for urgent clarification and the lead author has asked Desai to “reconcile the discrepancies with the utmost urgency”. Keep in mind The Lancet is one of the world’s most pretigious medical journals and this paper was peer reviewed.

Professor Didier Raoult has in turn taken to social media to add his concerns about the data and The Lancet paper. The study data source is apparently an existing database designed for cardiovascular procedures evaluation. So The Lancet study has an enormous selection bias, especially important when checking for adverse cardiac effects.

Given that errors have been found almost immediately it must throw doubt on the entire data set, and given the authors own cautions about inferring cause and effect of HCQ and increased death, adverse cardiac effects and the lack of data on dose response, it appears Richard Horton and his view of medical research might be correct.

The Lancet in turn has refused to publish Prof Raoult’s own study, based on almost 4,000 patients treated in his hospital, and he wasted no time in explaining his issues with the Lancet study.

This might be considered a clash of professional egos, but it has much more important ramifications. The WHO has stopped trials into the possibility of a cheap, safe (at the correct dose) and effective treatment for COVID19 patients with moderate symptoms, that can keep them out of critical care. Denying the experience of frontline medical professionals at a time when the WHO continues to assert that there is no effective treatment for COVID19 and we must wait for the vaccine.

In an interview with Dr Anthony Chang, Founder of Artificial Intelligence in Medicine, Dr. Desai, Surgisphere’s CEO was clearly excited about (at that time) the still unpublished Lancet study, and promised that another study was also going for peer review where there was an “association between a very specific medication and a high rate of survival”. It will be interesting to see that study when and more importantly IF it is published given the revelations surrounding The Lancet study which has now been retracted. Another study about the risks of ACE inhibitor blood pressure medication in cases of COVID19, that also used Surgisphere’s data, has been retracted by the prestigious New England Journal of Medicine. Dr. Desai has some difficult questions to answer and the journals have their reputations to save.

(More about Surgisphere’s rise into the spotlight here.)

In the meantime, Professor Raoult explains his thoughts about the situation (with subtitles).