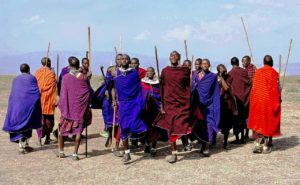 An Overview of the Impact of Covid-19 on sub-Saharan Africa. Much of the attention on the COVID19 pandemic has focused on Europe, the US and China with the greatest number of deaths in Europe and the USA. However, Africa, the largest continent, has remained relatively untouched by COVID19 with very low fatalities. There may be many reasons for this, but one important consideration is that the majority of deaths in Europe and the USA have been elderly people in care homes and also in those with pre-existing health problems. Sub-Saharan Africa has one of the youngest populations in the world, with 1 in 4 people under the age of 25 coming from this region.

Nonetheless the Covid-19 pandemic has had a big impact on the continent, with most governments enforcing some form of lockdown, social distancing, mask wearing and other measures in response to the disease. Many experts, including the World Health Organization (WHO), feared that Africa could become a new hot spot for the disease and projected hundreds of thousands of deaths. So far this has not happened. In comparison with much of Europe, North America and even South America, sub-Saharan Africa has remained relatively unscathed. Even though the WHO advocated for the same lockdown strategies as elsewhere, the reaction of African countries has been very different, ranging from the strict lockdown in South Africa to very mild voluntary social distancing and open borders in Tanzania. The reality is that in most African countries, where people live close together and village life relies on the ability of people to work and socialize together, the types of lockdown seen in Europe and North America are not possible and have not been enforced.

There is speculation about the true number of deaths due to COVID19 all over the world. Some say numbers are greatly understated, and there is ongoing analysis of what percentage of “excess deaths” in a country are due to COVID19. Other analyses say the numbers have been over inflated as people are dying with COVID19 and not from it. In other words, many people have multiple morbidities and at the best of times it is not easy to know what the actual cause of death is, especially for the elderly. Tests weren’t available even in Europe and the USA early on, and this is the same for much of Africa now. Also, as Covid-19 symptoms can look like the seasonal flu in some patients, clinical symptoms alone are not always reliable. This hasn’t stopped doctors in the USA and Europe following the WHO directive that deaths suspected of COVID19, even if tests are inconclusive or not available, should be recorded as a COVID19 death.

Africa does not have the culture where a large number of elderly people are housed in care homes, therefore this “hotspot” environment which affected so many in Europe and the USA is not part of African life. Many of the elderly people in care homes in Europe and the US were also on drugs for conditions such as hypertension, diabetes and high cholesterol and there is evidence that these drugs may adversely affect COVID19 patients due to the ACE2 inhibitor effect. These external factors also need to be considered in evaluating the reasons for higher mortality rates in certain countries.

Overview is for a select number of countries in Africa: