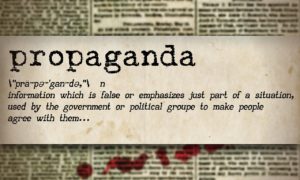 The New York Times, has not been shy in maintaining an unquestioning perspective on the COVID19 narrative given by governments. In an article on July 7th, Sweden Has Become the World’s Cautionary Tale, it makes the case that the lack of lockdown “has yielded a surge of deaths without sparing its economy from damages”, and says that “Sweden… conducted an unorthodox, open-air experiment.” Is that what Sweden did, or did most of the world conduct a totally unorthodox experiment, never done before, by locking up healthy people throughout the world, contravening the plans by the WHO and other experts for combatting a pandemic. According to the New York Times article, “thousands more died than in neighbouring countries” and its economy “has fared little better.”

In fact, on the Worldometers site, it is clear that as a percentage of population, Sweden’s death rate is still less than that of UK, Italy, Spain, Belgium and a little more than France and Holland. Yes, it’s more than Norway, Denmark and Finland, the surrounding countries, but as Sweden has already admitted, it didn’t take good enough care of the aged in care homes, similar to the UK, the USA and Italy, among others. Up to 70% of deaths in Sweden may have come from care homes.

As in many countries, the highest percentage of deaths were in the elderly. In fact, the figures are so lopsided in the affect on the elderly that anyone who still thinks that locking up the whole country was needed, has simply not done their maths.

Out of a population of over 10 million, only 605 people under the ago of 70 died of COVID19. The vast majority, 4,931 were over the age of 70 and an estimated 70% of those deaths took place in care homes, suggesting a total of 1,480 deaths over 70 deaths in the wider population. This is an excellent example of how COVID19 has affected the demographics of most populations. The question regarding possible Vitamin D deficiency in Sweden and other countries after a dark winter, is also something that is being more widely studied.

Nonetheless this does not stop those who need to make the case that Sweden failed in order to justify their own disastrous lockdown strategies, and ongoing fear mongering, which is now focused on the possibility of a second wave.

Every country has its own internal factors to consider, making the kind of comparison in the New York Times even more facile. In fact, the Norwegian public health authority published a report saying that their death rate was already on the way down before lockdown was imposed and in fact was not even needed. So,what is the New York Times really trying to say?

If lockdown worked so well, why is the death rate higher in Italy, Spain and the UK, it wasn’t just because the UK delayed lockdown, death rates had already peaked when lockdown was imposed. It was because the UK didn’t protect their care homes well enough. The New York Times article only compares Sweden with Norway, Denmark and Finland and conveniently forgets the other countries. The economy will of course suffer, as will all world economies, but to say it will suffer as much as all other countries has yet to be seen. More speculation it seems from the newspaper that has as its motto “all the news that is fit to print.” Sweden’s Central Bank expects its economy to contract by 4.5% this year. In the U.K, estimated of up to 20% have been quoted. Given the global economic impact, it is no surprise that Sweden, along with other countries, will suffer, lockdown or not.

What the article doesn’t discuss is the legal situation in Sweden, according to the country’s own constitution, the government is not allowed to lockdown its own citizens. The same questions should be put to governments around the world that chose to imprison healthy people for months on end, curtailing fundamental liberties.

There is no easy solution and there are valid arguments on both sides but so much of the MSM has simply insisted that what Sweden did was dangerous and only a lockdown, imposed on millions of people, was a legitimate way to deal with COVID19, until the vaccine arrives.

The story is much more complicated than the New York Times is willing to say.