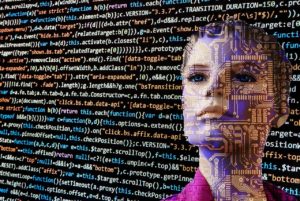 An article in mintpressnews.com lays out plans to link together biometric ID with vaccine and financial records for a future that will encompass a cashless society. The collaboration between the Gates Foundation supported Global Vaccine Alliance (GAVI), Mastercard and an A.I. company called “Trust Stamp” is working to establish the digital I.D. technology required. This technology, called NuData, will be used to combine each I.D with centralized record keeping of childhood vaccines, finances and a whole range of other personal information all conveniently linked together. This “Wellness Pass Program” being sponsored by GAVI, the Bill and Melinda Gates Foundation and Mastercard will be adapted for use when a COVID19 vaccine becomes available.

There have been questions regarding the costs of rolling this out in African countries, as well as the financial motives of the organisations involved. The GAVI alliance described it as improving “the health of markets for vaccines and other immunization products”. Similarly, the partnership with Mastercard, linked to its “World Beyond Cash” effort, would support its business model in reducing the use of physical cash. While the biometric ID is touted as part of everyone’s human right, there is no doubt that the incentive for such a system would be as much to do with profit and business, as the health of people involved.

The potential for security breaches to all biometric I.D. programmes have been widely discussed recently, in light of the various Contact Tracing programmes being planned in many countries. In fact, according to the article in mintpress.com, contact tracing software designed for the COVID19 response, was used by police to track protestors in the latest civil unrest in the USA.

The same site, reports that a “digital health passport” or COVI-PASS is already being rolled out and tested in 15 countries. The pass will contain your COVID19 test history and other “relevant health information.” This information will be used to determine whether a person can “safely return to work” and resume “social interactions” by providing authorities with up to date health information. One company, VST Enterprises Ltd (VSTE) already has a contract with the UK government, and has contracts to deploy its technology in 15 countries.

Bill Gates has discussed this strategy on several media outlets, since COVID19 made its appearance. He stressed in an interview on Reddit that some form of vaccine digital I.D. will be needed in order to be able to travel freely. This also ties into the goals of ID2020.org, an organization that includes partners Microsoft, GAVI and the Rockefeller Foundation. This organization is seeking to give everyone in the world their own digital I.D., again defining it as a human right. Who controls that information and what it will be used for is another question. The Rockefeller Foundation recently produced a white paper on COVID19 in which they described plans to employ 100,000-300,000 “contact testers” who would test every American for COVID19 every week, and that would be backed up with a digital ID system to monitor every citizen, all the time.

Is it too much of a stretch to imagine how the COVID19 crisis might be being used to roll out the latest in A.I. technology, including the monitoring and control of the movements of previously democratic citizens?

Fortunately, perhaps, human ineptitude may delay these stated plans. The UK government has had its own Contact Tracing plans for some months, but has continually delayed its roll out due to ongoing technical challenges with the app. It has now been delayed until December 2020. The government has admitted that it has already spend £10 billion (yes, billion) on the contact tracing programme, which is not yet working, and another £15 billion on personal protective equipment for frontline workers. https://www.bmj.com/content/370/bmj.m2805.

Staggering amounts of money are being poured into COVID19, moving huge amounts of taxpayers’ money into private companies, who in turn are failing to provide the goods. The money would surely be better spent integrating funds into the existing public health system. A public enquiry needs to look into how, after twelve years of austerity, the government has suddenly found billions to pour into private drug companies and vaccine development, to fight a viral disease that is already disappearing from the population. Will the tracking and monitoring system continue after COVID19, and if so for what reason?

Similar questions need to be asked of the collaboration of Bill Gates and his foundation, the Rockefeller Foundation, GAVI, ID2020, Mastercard and others involved in rolling out the COVI-PASS and global ID. Is COVID19 enough of a threat to justify the evisceration of our fundamental liberties? We don’t think so.