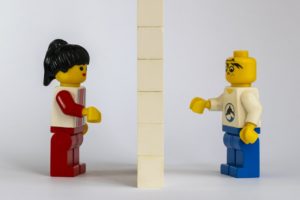 As children are returning to school throughout the world, many parents are still concerned about COVID19 and reluctant to let them go. Even young children are being asked to conform to social distancing, mask wearing and other mitigation behaviours, when all evidence has shown that, if healthy, they are very, very unlikely to be infected and even less likely to pass the infection on.

Why is it then, that in spite of all the scientific evidence available, many “experts”, including the WHO, are still propagating misconceptions about the likelihood of infection, when all evidence so far, shows that countries that have sent children back to school, have not seen an increase in COVID19 cases.

Even in the population at large, up to 80% of all test-positive persons remain symptom-free. Even among 70-79 year olds, around 60% remain symptom-free. Over 95% of all people develop at most, moderate symptoms. The best strategy would have been to protect the vulnerable and the elderly and allow the rest of society to continue with their lives, with moderate voluntary social distancing in large groups, in particular large indoor activities.

In Denmark schools have been open since mid-April and there has been no evidence of an increase in cases. A similar situation has been found in Finland. “Reopening schools in Denmark did not worsen outbreak, data shows.”

Another article on schools, titled, “It is fear – not science – that is stopping our children being educated” appeared in The Telegraph newspaper. It said: “There is little about coronavirus we can be absolutely sure of – this is a brand new disease and our knowledge grows by the day –  but most of the available evidence so far strongly suggests that children are neither suffering from coronavirus nor spreading it. Studies in South Korea, Iceland, Italy, Japan, France, China, the Netherlands and Australia all concur that youngsters are “not implicated significantly in transmitting Covid”, not even to parents and siblings.”

As the articles above describe, young children are going to be instilled with a fear of an illusory disease which they know nothing about, but instead of going to school to play with their friends, they will be told to stay away from them in case they get sick and give it to their parents or grandparents. That is a heavy burden for a child of any age. What is the point of that? Either they should be able to go back to school without any limitations or don’t send them to school. As with so much “advice” from governments throughout the world, it is full of contradictions and irrational “rules”. Those making and enforcing the ‘rules’ are afraid of making the wrong move. Experts are falling over each other to exaggerate the risks and prop up careers in “pandemic modelling projections”. If we were told to wear motorcycle helmets wherever we went, it wouldn’t seem too outlandish right now .

If there is remaining doubt that children can be vectors for transmission then new research from Northern Ireland lays this to rest. Titled, No evidence of secondary transmission of COVID-19 from children attending school in Ireland, 2020, the study could not be more clear, while the Wall Street Journal published an article entitled Is It Safe to Reopen Schools? These Countries Say Yes.

“….Denmark, Austria, Norway, Finland, Singapore, Australia, New Zealand and most other countries that have reopened classrooms haven’t had outbreaks in schools or day-care centers…In Denmark, the opening of schools had no impact on the progress of the epidemic, said Tyra Grove Krause, a senior official with the State Serum Institute, the country’s disease control agency…Since Austria reopened on May 18, no increase in infections has been observed in schools and kindergartens, a spokesman for the government said…In Norway, the government won’t close schools again even if the number of cases starts rising in the country because there have been no negative consequences from reopening schools on April 20, said Education Minister Guri Melby.”

“All of this borders on the absurd, when we now know that social distancing and face coverings for children are completely unnecessary. Never have schools subjected children to such an unhealthy, uncomfortable and anti-educational environment, so science cannot precisely define the total harm it will cause. But science does tell us that risks from COVID-19 are too minimal to sacrifice the educational, social, emotional and physical well-being – to say nothing of the very health – of our young people. ”

This is yet one more example where the risks of COVID19 for a segment of the population, cannot justify the policy being enacted. The current level of disconnect between the actual risks and what governments and scientific experts are stating, show yet again, that the need to maintain the weapon of fear to control social behaviour, outweighs the intent to restore normal life.

In the UK, the government’s own figures state that only 18 children under the age of 19 have died from COVID19 and ALL had a pre-existing condition. It is similar in other countries. The implications of this are clear. COVID19 does not affect healthy young people. Children do not pose a risk to each other or the wider population. Yet the UK, along with governments around the world closed their schools and are now reluctant to reopen them with any semblance of normality.

The impact on children’s lives cannot be overstated. To control the most basic social instincts threatens to instil a neurotic conditioning on the whole of society, with our children being the most vulnerable. They are being exposed to the machinations of those whose reputations benefit from maintaining this situation as long as possible. Every month lost from education directly impacts the life earnings of a child’s future. Add to this the burden of fear and anxiety provoked around COVID19 and we are creating a generation of disconnected, fearful, stressed children permanently disadvantaged by the loss of at least three months education and counting.

Appreciation to J.B. Handley and his blog; lockdownlunacy.com and to SWPRS.org