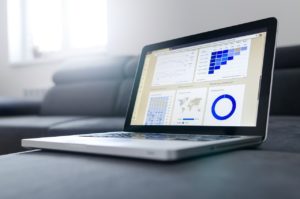 The UK released the latest breakdown for COVID19 deaths in hospitals up until June 4th. The figures support what we knew from the beginning, the elderly and the vulnerable were the ones at risk and the ones that needed protection.

The following is the official list of figures given by the UK government on hospital deaths due to COVID19. 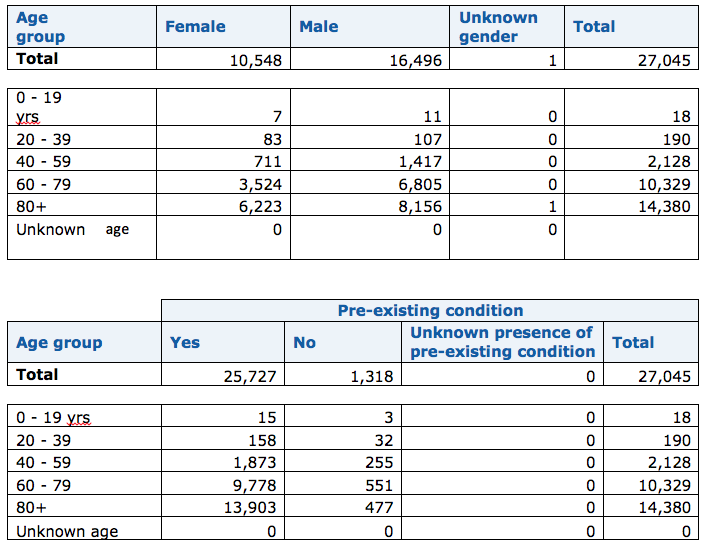 This breakdown is consistent with other countries. The fact that the elderly and medically vulnerable were the most affected by COVID19, makes it clear that these are the people who should have been most protected. Approximately half the deaths in the UK were in care homes. For younger and healthy people, COVID19 has had a minimal impact. It therefore challenges the lockdown strategy that has done so much harm to the countries that have imposed it.

The fact that over 90% had pre-existing conditions also begs the question whether COVID19 really was the cause of death, or whether it was the last straw or even was coincidental to death. Given the numbers of deaths due to COVID19 that are being used to justify government strategy, it is important that they reflect reality and are not being manipulated or exaggerated.

These figures also challenge the prediction by the modellers at Imperial College, London that without a lockdown strategy, up to 500,000 people could die. Their modelling strategy, instrumental in many countries decision to lockdown, has now been widely criticized as unfit for purpose, see our post on this blog: The Computer Code that shut down the world.

The Imperial team are now insisting that without the lockdown in Europe, millions more lives would have been lost. The UK Guardian faithfully presents this as a fact despite the analysis of experienced coders and being fraught with conflicts of interest.

The figures reveal most people are not susceptible to serious effects of the virus. Even without lockdown, the mortality rate would not be expected to be any higher but the consequent collateral damage to the health and wellbeing of millions of people could have been avoided.

As lockdown is being released in the rest of Europe, the projected spike in cases is not occurring. It is likely that the virus has already infected the most vulnerable population and is unlikely to affect the rest. However, the UK government is still reluctant to release its lockdown.

Mass testing may identify an increase in positive cases and give the impression that the effect of COVID19 is still a major problem, but most of the new cases are asymptomatic or mildly affected. The mortality rate will remain fairly static as those most susceptible to critical illness have already succumbed. Comparisons with the Spanish Flu of 1918 (which the Imperial College modellers also made), with the fear of a second spike 6-9 months later are not valid. In the Spanish Flu, a high proportion of mortalities were in young and relatively fit people. Many were soldiers in the frontlines of war. Also, they were instructed to take large amounts of aspirin, later suspected to have greatly increased mortality rates. It is possible that COVID19 may return next year like the seasonal flu, or as a similar but mutated virus. It is distinctly possible that many people will already have some immunity having been exposed already, and any subsequent infection will likely be very mild. The World Health Organization’s own study on Nonpharmaceutical Interventions for Pandemic Influenza is worth looking at as it questions the efficacy of quarantine and similar strategies.

Therefore, before considering renewed lockdowns and other draconian approaches to try and suppress the virus now and in the future, lessons should be learned. Who should be protected with voluntary isolation and who should be allowed to continue their daily lives while developing immunity through exposure to the virus. Viruses have been with us forever and are not going to go away anytime soon, however much we lock ourselves up.

One thought on “The Latest UK Figures: Was Lockdown Needed?”