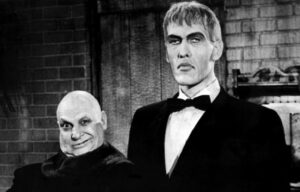 In the first few weeks of COVID19 we called out the fact that the UK Govt is not following the science . Now it can’t be ignored.  James Ferguson (as opposed to Prof Neil Ferguson) has done some more crucial research on PCR tests and ‘cases’ and explains what the problems are. Here’s the first section of his paper – made available by James from behind a paywall, thanks to Lockdownskeptics. You should read the rest of it while it is still there – this is driving policy for an Immunity Passport we are told we will need to enter public spaces, it already exists in Ireland :

“The UK has big problem (sic) with the false positive rate (FPR) of its COVID-19 tests. The authorities acknowledge no FPR, so positive test results are not corrected for false positives and that is a big problem.

The standard COVID-19 RT-PCR test results have a consistent positive rate of ≤ 2% which also appears to be the likely false positive rate (FPR), rendering the number of official ‘cases’ virtually meaningless. The likely low virus prevalence (~0.02%) is consistent with as few as 1% of the 6,100+ Brits now testing positive each week in the wider community (pillar 2) tests actually have the disease.

We are now asked to believe that a random, probably asymptomatic member of the public is 5x more likely to test ‘positive’ than someone tested in hospital, which seems preposterous given that ~40% of diagnosed infections originated in hospitals.

The high amplification of PCR tests requires them to be subject to black box software algorithms, which the numbers suggest are preset at a 2% positive rate. If so, we will never get ‘cases’ down until and unless we reduce, or better yet cease altogether, randomized testing. Instead the government plans to ramp them up to 10m a day at a cost of £100bn, equivalent to the entire NHS budget.”

Comment: It’s really worth reading the rest of the article because it is critical that we all understand and share what is going on here in the name of “keeping us safe”.