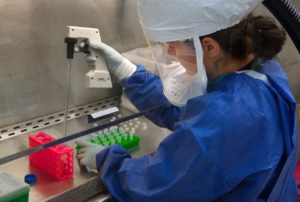 The UK has been under lockdown / house arrest for six long weeks, the economy has been put on hold, income has vanished, parents are now teachers and people isolated from their friends and families. By and large the Brits, encouraged by Johnson’s evocation of the war-time “your country needs you”, have adopted a blitz mentality. Neighbours have spoken to each other and communities opened their front doors to clap the NHS. They have probably wasted less and cooked more. And spent much of the time glued to the panic inducing 24/7 news cycle. Lockdown came as a novelty, the sun was out, if you had a garden to enjoy it was like being on an extended holiday. If you were stuck in a small flat with children and a challenging relationship, the novelty never started. But urged on by the media, the population has gritted its teeth and hung on to protect the vulnerable, while the economy went over a cliff and created millions more.
Questions to the government about lockdown were met by the stock phrase; they were being “guided by the science”. The future of the entire country was put in the scientists’ hands.

On 30th April, just back from a dose of COVID19 and the birth of his son, the PM announced that the UK was now over the peak – in fact the peak had occurred three weeks earlier on April 8th – but it was, according to the scientists, still too soon to risk making any changes to lockdown. He suggested the plan to lift lockdown might be revealed the following week and the country took a collective breath and waited. (As an aside, rationality about contagion seems to be selective: why was he at Chequers with his heavily pregnant partner when he was possibly still infectious?)

There were quiet suggestions that lockdown might have to be extended till the end of June in order to prevent a second wave of infections. The Chief Medical Officer told the nation social distancing in some form, would need to go on until the end of the year. There has still been no concerted testing of the population, so there is no way to calculate, or even predict the case fatality rate. Lockdown is predicated on keeping the Ro number, the measure of the rate of infection, less than 1.0. Last week it was pronounced to be between 0.5 and 0.9.

The government announced that details of the science they are being guided by will not be revealed until the pandemic is over. But surely if the science is solid it should stand up to scrutiny, and if it doesn’t, we need to know, because our lives are being permanently affected by the decisions made based on that science.

The UK’s Science Advisory Group for Emergencies (SAGE), where this science is formulated, has met twenty-eight times since January 22nd.. Around twenty scientists sit on SAGE and another hundred or so feed information in from sub-committees, including forty-five modellers and eighteen behaviourists (that’s more than half). In order to allow free and frank discussion between scientific experts, politicians and their advisors are deliberately excluded.

Who are the twenty plus experts who sit on SAGE, where the science that guides the government’s decisions is formulated?

At the time of writing, the government has maintained that in order to protect members of SAGE from potential lobbying, the membership of SAGE must be kept secret. Is that a valid reason and is some form of transparency not a key factor in retaining the trust of people who are bearing the extensive costs of the current strategy?

The most obvious members of SAGE are the Chief Medical Officer, Chris Whitty, and the Chief Scientific Officer (and chair of SAGE), Sir Patrick Vallance. According to a leaked list given to The Guardian, of the rest, a third of them are various mathematical modellers and statisticians, including Prof Neil Ferguson of Imperial college, whose predictions were instrumental in triggering the global lockdown. Other members hail from the world of medical science, psychology, behavioural science and drug trials. Noticeable by their absence perhaps, given this is a public health emergency, is anyone from the public health or nursing professions.

Under the pressure to name the contributors, additional attendees were divulged by No. 10. First up was confirmation that Dominic Cummings, not a scientist but head of the Vote Leave campaign during the 2016 referendum, and now the unelected chief advisor to Johnson in Number 10 was there. Cummings has been attending meetings, not as an observer as suggested, but as an active participant. Bloomberg News described him as pressuring SAGE to recommend lockdown at the meeting on 18th March, after SAGE had spent some prior meetings discussing a range of options including ‘herd immunity’. He was at the crucial meeting on 23rd March, immediately after which Johnson announced the country was going into total lockdown.

Ben Warner, the man responsible for the digital campaigns for Vote Leave and the Tory Election victory, is not only working in No.10, but he is also sitting on SAGE. His brother Marc is CEO of Faculty Science Ltd. “AI made real”, one of Europe’s leading AI companies. Marc Warner is an Imperial College PhD and his company is part of a group that won a share of a £250 million contract with NHSX to supply AI to the NHS. Marc Warner now also attends SAGE meetings. Peter Thiels, co-founder of paypal and the US company Palantir is also involved alongside Amazon, Google and Microsoft. Palantir has a reputation for extreme secrecy and little oversight regarding the data and tools, including predictive policing software and surveillance, it has provided to military operations, governments and government departments like the US Immigration and Customs Enforcement (ICE).

The contract in question was never put out to tender. The system is now live and allows ministers and senior health officials to mine confidential data from tens of thousands of COVID19 hospital patients. The data is being used to inform the daily government briefings.

Privacy International has questioned the role of both Faculty and Palantir in confidential data mining within the NHS as part of the government’s response to COVID19. Should we be concerned given the Brexit agenda of Cummings and the Warner brothers and Palantir’s involvement in wanting to facilitate the sale of NHS data to the US?

When challenged about the risk to confidential data, Matthew Gould, Chief Executive of NHSX said that the data “can be returned or destroyed at the end of the emergency”. I think we all know it doesn’t work like that, once data is out there, it’s out there.

Also at the SAGE meeting on March 18th, when Cummings pressed for lockdown, was Denis Hassabis, senior executive of Google and cofounder of Deep Mind: “a neuroscience inspired AI company looking to build software more powerful than the human brain”. In 2014 the company was bought by Google for a reported £400 million. Hassabis made the transition and Thiel, an early investor made a 5,000% return. Invited to the SAGE meeting by Vallance, he is said to have participated fully in the meeting and was not required to sign a Non Disclosure Agreement.

Should we be concerned at the presence of a senior executive from Google, a company already exploring ways to profit from using big data in the health industry? Deep Mind has form. In the development of an app, they contravened the data protection law when processing millions of healthcare records from an NHS hospital trust.

Follow any thread in this pandemic and it seems to lead to the Bill and Melinda Gates Foundation. Whitty the CMO was the recipient of a £31 million grant from Gates for his work on malaria and perhaps on track for a position at WHO when this crisis is over. Vallance the CSO is ex- head of research and development at GlaxoSmithKline, a partner of the Gates Foundation’s vaccine interests.

Then there is Prof Neil Ferguson, co-founder of the MRC Centre for Global Infectious Disease Analysis, based at Imperial College, London. He led the computer modelling team that predicted the number of COVID19 deaths that triggered the global shut down. His centre receives tens of millions of dollars in annual funding from the Gates Foundation, works with the UK NHS, the US Centres for Disease Prevention and Control (also funded by Gates), and provides the World Health Organization with “rapid analysis of urgent infectious disease problems.” Gates is WHO’s second biggest donor and if the US follows through on its threat to cut funding, will become its biggest donor.

Neil Ferguson based his predictions for the spread of COVID19 on 156 confirmed cases, gathered from media reports and provincial and national departments of health press releases, who were known to have travelled by air from WuHan to seven other countries. From this it was extrapolated that COVID19 would be another ‘Spanish Flu”, with the deaths of more than half a million people in the UK alone.

In 2005 Neil Ferguson was wrong on Bird Flu. He predicted 200 million deaths globally, the reality was 282 deaths over six years; in 2009 he was wrong on Swine Flu predicting 65,000 UK deaths, when the reality was 18,500 deaths globally. In 2001 he suggested the only solution to prevent the spread of foot and mouth disease was to cull six million cattle and sheep. The disease killed 2,000 animals, left thousands of traumatised farmers bankrupt and the tourist industry in tatters. His modelling was heavily criticised by veterinary experts who questioned the assumptions on which he based his modelling. A question must be raised about why, having been so wrong on at least three major predictions, his predicition for COVID19 was given so much weight.

The other group of COVID19 modellers, not on SAGE but supporting the need to shut down the global economy, is the Institute of Health Metrics and Evaluation in the US, so far equally inaccurate in their massive overestimation of COVID19 deaths and also funded  by the Gates Foundation to the tune of $279 million. According to SAGE and the science, the government’s focus needs to be on prevention of a second wave of infections and hence the need to remain in full lockdown. At the time of writing there have been small local outbreaks but no indication of a second wave in other countries currently in various stages of lifting lockdown.

Bill Gates has stated on various media channels that there will be a need for increased surveillance and data collection before lockdown is lifted, including some kind of digital certificate to prove antibody or vaccine status. Judging by the current membership of SAGE, it might be that the scientists are in agreement. Perhaps, when it has been determined that we are sufficiently conditioned to wholeheartedly accept the surrender of our privacy, in return for the illusion of safety, lockdown will finally be lifted.

3 thoughts on “UK Govt: We are guided by the science. What science?”