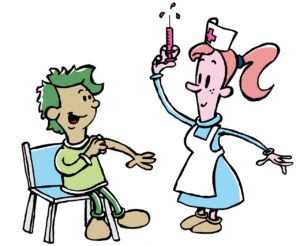 The flu vaccine has become a familiar refrain every year as winter approaches. This year the flu vaccine has already been recommended as a way of helping to protect the NHS from a “second wave” of COVID19. The US government recommends the flu vaccine every year for all age groups and this year will be no exception. The rationale is that those vulnerable to infectious diseases like flu would be protected and not take up precious resources should the predicted “second wave” materialise.

It is therefore concerning that a growing body of evidence suggests that a flu vaccine may actually increase the incidence of COVID19 and other non-flu viruses.

A Pentagon study published in 2020 reported that a flu shot increased the risk of COVID19 infection by 36%. This study compared the incidence of those with a COVID19 infection who had been given a flu vaccine and those with COVID19 who had not received the vaccine. The results showed that there was a significant difference between the number of people with COVID19 who had had the flu vaccine than those who had not. The research stated: “Receiving influenza vaccination may increase the risk of other respiratory viruses, a phenomenon known as “virus interference…’vaccine derived’ virus interference was significantly associated with coronavirus…”

This is only one of a number of studies that showed a connection between the flu vaccine and the incidence of other non-flu virus infections in both children and adults. Childrenshealthdefense.org compiled the following list of similar studies in a pdf format:

The most important study was one that the Pentagon itself did, originally in 2018. Influenza vaccination and respiratory virus interference among Department of Defense personnel during the 2017–2018 influenza season.

A 2011 Australian Study reported that a flu shot doubled the risk of non-influenza viral infections and increased the risk of flu by 73%.

It is only in the USA that the government formally recommends a flu vaccine for all citizens, including children and pregnant women. In most countries, it is only recommended for people over 65 and for those with immune problems where catching the flu could cause other potentially serious health problems. In the UK, the flu vaccine is recommended for the elderly and the nasal flu spray is given to school children.

The results of these studies should make us all question the utilization of flu vaccines in general and especially in children. In particular, if getting a flu vaccine may increase the chance of getting COVID19, then we should question the logic of recommending a population wide flu vaccine this year.

“The well-respected Cochrane Collaboration’s comprehensive 2010 meta-analysis of published influenza vaccine studies found that the influenza vaccination has “no effect” on hospitalization, and that there is “no evidence that vaccines prevent viral transmission or complications.” The Cochrane Researchers concluded :  that the scientific evidence “seem[s] to discourage the utilization of vaccination against influenza in healthy adults as a routine public health measure.”

In their meta-analysis, the Cochrane researchers accused the CDC: …”of deliberately misrepresenting the science in order to support their universal influenza vaccination recommendation.” Nevertheless, media outlets in the UK and the US continually remind the population to “get their flu shots” as Autumn approaches, and ridicules those of us who actually read the science as “purveyors of ‘vaccine misinformation”.

The Guardian went as far as urging elders to get their flu shots as COVID19 began to spread, on the basis that it would help keep them out of hospital and therefore protect NHS resources needed for COVID19 patients. Perhaps those journalists might want to eat their words.

9 thoughts on “Flu vaccine increases the risk of COVID19 – research”