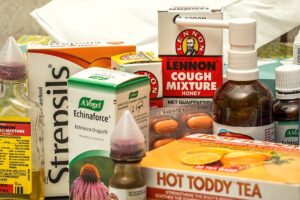 The USA government has for many years pushed the need for everyone to get a flu jab. In the fall (autumn) every year, the media rolls out its propaganda campaign for the drug industry, with the stamp of approval from the Centers for Disease Control. They haven’t been able to make the flu vaccine mandatory yet, but in the times of COVID19, universities in California, Tennessee and others have made it mandatory that all staff and students must get the flu vaccine in order to work at or attend the college. Universities making this kind of unilateral decision must surely go through the court system first. Only in the USA do they also give flu vaccines to six months old breast feeding babies. Fear runs deep! Even with all the fear and propaganda, only about 47% of American adults bother to get a flu vaccine. The British Medical Journal was moved to comment that the U.S. figures seemed more like PR than Science, confounding flu and pneumonia and risking inflating the death rate. This same fear and coercion can be used as potent weapons in times of COVID19.

According to the article, quoting the US Centers for Disease Control (CDC), an average of 36,000 people die of flu each year, and figures can reach 60,000. According to the CDC, between 290,000 and 650,000 can die globally each year from the flu. However, the fact remains that for the majority of the young and the healthy, getting a flu vaccine cannot be described as essential, and the science suggests that the flu vaccine can increase the risk of other respiratory diseases in infants and children. It has only been in the USA where the vaccine has been recommended for the whole population. Until now.

As a rehearsal for the expected juggernaut of vaccine propaganda for a COVID19 vaccine, it seems the UK government is rolling out its plans to strongly encourage the population to get a flu jab, (you are exempt if under 2 years of age unless you are vulnerable) in order to protect the NHS in the event of the predicted second wave of COVID19 hospitalisations. The vaccine will be free to everyone over 50 years old, to children, front line workers and under 2’s who are vulnerable. That is the rationale.

In the UK each year, it is estimated that between 12,000-28,000 die of the flu, with a similar demographic to COVID19, most of them are the elderly and / or the vulnerable. A very different scenario to the 1918 “Spanish” flu which affected the young and fit as well. For most people, the flu is not serious enough for them to go to the doctor.

Contrary to what we are now being told flu vaccines are not needed for everybody and they often don’t work that well. The respected Cochrane Review, concluded that flu vaccines and especially for healthy people, serve little purpose. when given to healthy people and have very moderate effect. In an earlier study the same researchers came to the following conclusion:

“The results of this review provide no evidence for the utilisation of vaccination against influenza in healthy adults as a routine public health measure. As healthy adults have a low risk of complications due to respiratory disease, the use of the vaccine may only be advised as an individual protective measure.”

Flu vaccines in general have, at best, been inconsistent in their efficacy. Overall, evidence shows that they only work on average 50% of the time (it can be much less some years if the vaccine is not a good match for that year’s circulating virus). There is some evidence that flu vaccines may predispose the recipient to other viral and bacterial diseases, meaning that the risk of serious illness from a corona virus is increased after a flu vaccine. Also, children between 2-18 years old can be given a nasal live flu vaccine, which, according to the package insert, warns that care must be taken: “if you are in close contact with someone with a severely weakened immune system (for example, a bone marrow transplant patient needing isolation“. The nasal vaccine is a live flu virus, the virus can shed and spread in the surrounding air for some days or weeks afterwards, putting parents, grandparents, including immune compromised people, other children or even people with COVID19 at risk. Therefore, questions should be asked whether giving children a live flu virus vaccine is a good idea, especially now with COVID19.

The risks of flu vaccines

After the 2003, Sars-Cov-1 pandemic, vaccine trials were initiated but were unable to get beyond animal testing. On challenges with other natural viruses, extreme reactions were seen, described as an “enhanced immune response,” or “Antibody Dependent Enhancement.” A human vaccine to a corona virus has not been developed since then. The most famous mishap with a flu vaccine was with the 1976 swine flu outbreak in Fort Dix, New Jersey, in the USA, leading to one death and 13 people hospitalized. This then led to a government programme in which over 40 million people received the vaccine and the consequent serious side-effects, the most common being a neurological condition called Guillain-Barre Syndrome. This led to the vaccine being stopped and greatly eroded the confidence of the American people in vaccines. It is useful to look at the history of the flu vaccine and its ups and downs ever since the terrible “Spanish Flu” pandemic of 1918, which is always the baseline for looking at the worst case scenario for a possible flu pandemic, even though the demographic of the “Spanish Flu” is very different to that of the seasonal flu, or COVID19. There are many other examples of problems with vaccine trials. After the swine flu of 2009, a new vaccine, produced by GlaxoSmithKline, led to many cases of narcolepsy in the recipients. That vaccine was removed from the market. Will it be any different for a corona virus or new flu vaccine now?

Comment: The rationale that if everybody gets a vaccine, it will infer some degree of vaccine induced ‘herd immunity’ that will protect the most vulnerable has not been proven. No medical treatment, including vaccines are safe all the time, for everyone, the flu vaccine included.
We should apply caution to the strong encouragement by government to persuade us to get this flu vaccine, when for the vast majority of people, and especially for babies and children, it is not necessary and according to the research, may have a down side, especially in relation to the increased risk of COVID19.