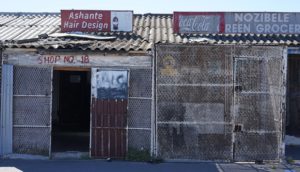 South Africa has instituted one of the strictest lockdowns in the world. The COVID-19 pandemic that has profoundly impacted life all over the globe, has also been felt in sub-Saharan Africa. However, currently in Africa there are hardly any confirmed cases. Even considering the lack of testing and monitoring in many African countries, hospitals have not seen a significant rise in the number of intensive care patients due to COVID-19 and the mortality rate is comparatively very low. In South Africa, the country hit the hardest, as of April 30th, there have been around 4,500 confirmed cases and only 105 mortalities, in a population of approximately 59 million. This means there has been one death per 562,000 people. In the USA, there has been approximately one death per 6,000 people and in Spain one death per 2,000 people. Therefore, the difference is profound and yet South Africa has maintained, a total lockdown in the whole country, for over a month. From May 1st they are going to move from Level 5 to Level 4. No one knows when it will move to level 3, let alone to Level 1. Even at Level one, the lowest level, international travel is allowed but with “unspecified restrictions”. Level 1 isn’t saying its over, but there will be less restrictions. Does the threat of mortality from COVID-19 justify this lockdown? What is the impact of the lockdown having on the South African economy? When enacting the lockdown the government also banned the sale of cigarettes and alcohol. This is now continuing into Level 4. Hospitals have been much less active given that all elective surgeries and non-emergency care is not allowed. Other chronic issues cannot be addressed and therefore some of the busiest front line hospitals in the continent are not busy at all. The question is how many people are suffering at home, especially in the poor and crowded townships out in the country, where many millions live.

The government has already stated that it has to go to the IMF in order to get a loan to the tune of $20 billion, to bail out the country. The impact is going to be severe. As reported in the Daily Maverick, many people are suffering, especially non South Africans who are being denied food parcels and other help. People are unable to extend their visas, asylum seekers are having bank accounts closed, screening and testing is being restricted to South Africans etc. In the same paper, on April 30th, questions are being asked about the consequences of curfews and crackdowns on the future of South African democracy. Is the government using the crisis to create more draconian controls on the populace, which it may be loathe to give up?

Even now as the country moves from Level 5 to Level 4, the government has imposed a country-wide curfew, restricting all movement from 8pm to 5am. The curfew was a surprise to most people as it had not been discussed by the government and it is not clear whether it will stay in place until Level 1 is reached.

Already the impact of the lockdown is intense. Over one million people have become unemployed and millions of informal workers, who live hand to mouth, are unable to earn any income. Recently, 19 doctors wrote an open letter in the country’s largest newspaper, the Mail and Guardian, to state that the lockdown should be stopped. Before that, on April 8th in the same newspaper, another article stated how the risks of COVID19 to the predominantly young population is minimal, whereas the risks due to economic and social hardship are huge. Police in the country have used rubber bullets on the population, have killed at least 2 people, and regularly beaten people found breaking any lockdown restrictions. Media have been talking about the police confiscating pineapples and yeast, in an attempt to prevent homemade alcohol consumption, even though regulations do not prohibit alcohol consumption in the home. Apparently, even sanitary pads were being confiscated as they were not seen as essential purchases. An elderly couple with a sick child were told to go home as they didn’t have a permit to leave the house, even though they were seeking medical attention. The national Prosecuting Authority said 22,944 arrests have been made with 18,803 dockets. Most are for “failure to confine oneself in his place of residence.”

Serious questions are being asked of the constitutionality of decisions being made and a lack of transparency in government circles. The powers given to police and other authorities may be being systematically abused, and the Mail and Guardian newspaper article said it raises deep and difficult questions for South Africa’s constitutional democracy.

So, the question remains, is the lockdown and now curfew justified, or is it being used as an excuse to impose draconian limitations on basic freedoms and erode constitutional rights? Given the fact that so few people have died from COVID19, and like in many other countries, there is no clear evidence to suggest the lockdown has had any effect, it might be that the safest and sanest action to urgently lift the lockdown and allow people to return to their normal lives. Before the shutdown costs many more lives than COVID19.