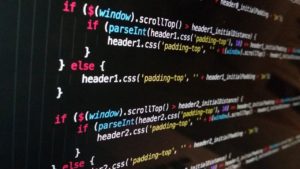 Professor Ferguson co-founded the MRC Centre for Global Infectious Disease Analysis at Imperial College London. The centre was responsible for the COVID19 computer modelling that warned of 500,000 deaths in the UK and was instrumental in trigggering the global lockdown. After a challenge from another group of modellers at Oxford, Ferguson’s team revised the figures down to 250,000 and again, just two days before lockdown was imposed, to 20,000 deaths.

Such a huge revision has, not surprisingly, prompted many questions about the accuracy of the first predicition. The computer coding community has been especially intrigued and called for the code to be shared. The government insists that its COVID19 policies are being “guided by the science” produced by the Science Advisory Group for Emergencies (SAGE) but that details of the science would not be made public until after the COVID19 crisis was over. Furthermore the membership of SAGE was to be kept secret to protect members from lobbying pressure and political influence. (For details about who sits on SAGE and their allegiances see the post: UK govt: “Guided by Science. What Science?”)

There was similar reluctance to sharing the code that has been fundamental in the decision, not just to impose lockdown in the UK, but across the world. Eventually after pressure from the coding community it was released, and judging by their reaction, serious questions need to be urgently asked at the highest levels. Professor Ferguson has since resigned from SAGE after admitting he had breached the lockdown rules on a number of occasions, and so may be out of the limelight, at least for now, but given this code is still being used to make predictions that continue to affect our lives  and our futures, the centre at Imperial need to explain themselves immediately. It is worth noting that Ferguson has a history of predictions that did not pan out in reality, Bird flu, Swine flu and Foot and Mouth disease to name the most recent.

The code is analysed below for those of you who are into code, and for those who are not, the coders were shocked that such a bug-ridden, decade-old code could possibly have been used – without peer review – to make such a world changing predicition. Software developers are also extremely critical of the huge chasm between commercial software projects and those within academia. Commercial software has to be reviewed and tested by other developers to ensure that the code does what it is designed to do and that the results are reproducable by other teams. Computer coders within academia are not subject to feedback from peers. Check their final conclusions at the end of this post.

Who knows what decisions would have been made if the predictions had been more accurate? And it seems pertinent to ask, how could the Imperial team, that receives millions in funding from the Bill and Melinda Gates Foundation, not be working with something that is fit for purpose?

Here’s the first part of an indepth analysis: https://lockdownsceptics.org/how-reliable-is-imperial-colleges-modelling/

” One of the paradoxes of the coronavirus crisis is that the need for public scrutiny of government policy has never been greater, but there’s less tolerance for dissent than usual. That’s particularly true of the work of Professor Neil Ferguson and his team at Imperial College. Anyone questioning Professor Ferguson’s analysis is likely to be met with howls of disdain. Witness the furious reaction provoked by Professor Sunetra Gupta and her team at Oxford when they published a paper suggesting that the Imperial model might have underestimated the percentage of the population that has already been infected. The Financial Times printed a critical letter co-signed by a group of scientists that was reminiscent of left-wing academics denouncing one of their colleagues for dissenting from woke orthodoxy. They used the word “dangerous” in their description of the Oxford research, as if merely challenging Imperial’s model would cost lives, and Professor Ferguson has made the same argument to condemn other critics of his work. “It is ludicrous, frankly, to suggest that the severity of this virus is comparable to seasonal flu – ludicrous and dangerous,” he said.

A more prudent approach would be for the Government not to place too much confidence in any one model, or set of models, but to encourage different teams of experts, working independently, to come up with predictions of their own and challenge their rivals. That’s the tried-and-tested scientific method and it has been bizarre to see respected pundits simultaneously argue that we should be strictly guided by “the science” and that any scientist expressing dissent from the prevailing orthodoxy is behaving “irresponsibly”. That was the same argument used by the Chinese authorities for silencing the doctors who first raised the alarm in Wuhan. They were arrested and forced to confess to “spreading rumours” that “severely disturbed the social order.” Shutting down dissent during an actual war might make sense, but in a war against a virus it is vital that we should stick to the scientific method. As Sir Karl Popper said: “The point is that whenever we propose a solution to a problem, we ought to try as hard as we can to overthrow our solution, rather than defend it.”

We don’t want to repeat the mistakes we made during another viral outbreak, namely the 2001 foot and mouth epidemic. Tony Blair’s government adopted a strategy of pre-emptive culling which led to the death of more than six million cattle, sheep and pigs, with an estimated cost to the UK economy of £9 billion. That strategy was informed by predictive modelling produced by a team at Imperial College led by, among others, Professor Ferguson. Like today, there wasn’t much appetite for questioning his predictions. But we now have good reason to believe his analysis was wrong. Michael Thrusfield, professor of veterinary epidemiology at Edinburgh University, has written two critical reports about the government’s response to that epidemic, concluding that the Imperial College modelling was “severely flawed”.

“One person who’s sceptical of Professor Ferguson’s modelling is Anders Tegnell, the epidemiologist who’s been advising the Swedish Government. “It’s not a peer-reviewed paper,” he said, referring to the Imperial College March 16th paper. “It might be right, but it might also be terribly wrong. In Sweden, we are a bit surprised that it’s had such an impact.””

And here’s an excerpt from : https://lockdownsceptics.org/code-review-of-fergusons-model/

“The code. It isn’t the code Ferguson ran to produce his famous Report 9. What’s been released on GitHub is a heavily modified derivative of it, after having been upgraded for over a month by a team from Microsoft and others. This revised codebase is split into multiple files for legibility and written in C++, whereas the original program was “a single 15,000 line file that had been worked on for a decade” (this is considered extremely poor practice). A request for the original code was made 8 days ago but ignored, and it will probably take some kind of legal compulsion to make them release it.  Clearly, Imperial are too embarrassed by the state of it ever to release it of their own free will, which is unacceptable given that it was paid for by the taxpayer and belongs to them.

The model.  What it’s doing is best described as “SimCity without the graphics”. It attempts to simulate households, schools, offices, people and their movements, etc. I won’t go further into the underlying assumptions, since that’s well explored elsewhere.

Non-deterministic outputs. Due to bugs, the code can produce very different results given identical inputs. They routinely act as if this is unimportant.

This problem makes the code unusable for scientific purposes, given that a key part of the scientific method is the ability to replicate results. Without replication, the findings might not be real at all – as the field of psychology has been finding out to its cost. Even if their original code was released, it’s apparent that the same numbers as in Report 9 might not come out of it.”    (Note: Report 9 contains the original predictions used to trigger lockdown.)

Conclusions from the analysis done by the professional coding community:

All papers based on this code should be retracted immediately. Imperial’s modelling efforts should be reset with a new team that isn’t under Professor Ferguson, and which has a commitment to replicable results with published code from day one.

3 thoughts on “The Computer Code That Shut Down the World”