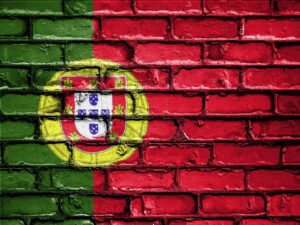 A Portuguese professor, who wishes to remain anonymous, reports a recent ruling on the shortcomings of the PCR test by the Portuguese Court of Appeal.

He writes in Lockdown Skeptics: “With Spain and Greece, Portugal is one of the few countries in the so-called West where enough people are still alive to know what a dictatorship looks like. Our numbers are dwindling, as you have to be at least 60 to have experienced the 1974 revolution in any meaningful manner. I was a teenager at the time, and I remember very well what daily life was like under censorship, massively lying mass media, police brutality, arbitrary detention in the name of the “national interest”, etc. — all those things that I hoped never again have to experience but that the current Covid climate has brought very, very vividly to the fore. Yet, it may well be exactly because of such things having happened in living memory that our Government has been less heavy-handed about the pandemic than most others in Europe. And, now to the point, maybe that’s also why our high courts have issued rulings of potentially devastating consequences for the current Covid narrative. Portugal is a small country but is part of the EU and so what happens here still is of some international significance. That’s why I thought you’d be interested in learning about some recent developments.

“In a recent decision, dated November 11, 2020, a Portuguese appeal court ruled against the Azores Regional Health Authority concerning a lower court decision to declare unlawful the quarantining of four persons. Of these, one had tested positive for Covid using a PCR test; the other three were deemed to have undergone a high risk of exposure. Consequently, the Regional Health Authority decided that all four were infectious and a health hazard, which required that they go into isolation. The lower court had ruled against the Health Authority, and the appeal court upheld that ruling with arguments that explicitly endorse the scientific case for the lack of reliability of the PCR tests (e.g., as extensively explained in Lockdown Skeptics by Dr. Mike Yeadon, Dr. Clare Craig and others).

The court’s ruling is a long text. I provide below a summary of the key passage.

The court’s main points are as follows:

“The above would suffice to deem the forced quarantine of the four persons unlawful. The court thought it necessary, however, to add some very interesting considerations about the PCR tests:

“The court’s summary of the case to rule against the Regional Health Authority’s appeal reads as follows:

“I anticipate this ruling to have massive legal implications in my country. Note that it comes in the back of a previous ruling by the Constitutional Court, our highest court, declaring as an unlawful deprivation of liberty a decision by the Regional Government of the Azores to force into a 14-day quarantine every passenger landing in an airport of the territory.”

For all those who have been railing against using the fundamentally flawed PCR test to dictate ongoing government policy, this is indeed music to their ears.

3 thoughts on “Portugal Takes a Stand Against Flawed PCR Test”