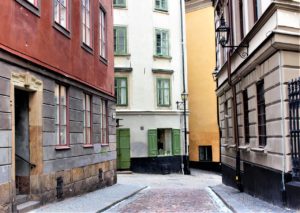 Sweden has stood out as an alternative example of how to deal with COVID19. Instead of imposing a full lockdown, based on the recommendations and mathematical models of experts in the field, they chose a more voluntary form of social distancing, closing large gatherings and protecting the elderly, but otherwise allowing life to carry on as usual. This is in stark contrast to the strategies that most other European countries imposed, including their neighbours, Norway and Denmark. Many analysts expected that Sweden’s figures would become much worse, proportional to the population and there has been strong criticism of Sweden’s approach. If Sweden’s approach proved successful, it could make the question of whether the rigid lockdown in other countries with the resulting serious socio-economic consequences, were the right policy. On April 28th, even the World Health Organization complimented Sweden on its approach to addressing the crisis, highlighting on the strategy that a voluntary approach is sufficient, which so far has proved to be the case. Criticism could be made that Sweden, the UK and in fact many other countries should have stopped flights coming in from places of higher infection earlier and protected elderly people in homes, so as to prevent more infection of the vulnerable. More than 50% of COVID19 deaths over 70 occurred in care homes.

However, one other fact that needs to be emphasized is that it has emerged that cases of COVID19 were already present in Europe and USA by late November, even before the severity was being identified in China. The current “spat” between China and the USA with the latter blaming the former for the spread of the disease (including accusations that the virus was man made in the Wuhan Institute of Virology) is a distraction from the fact that the condition was likely around, just that nobody was really looking.

In the ongoing debate about when and how to unlock, much of the population is scared to unlock too quickly, including obviously politicians, who are afraid that a spike in cases will politically backfire for them. In the media on May 7th on CNN, journalist Chris Cuomo said that it’s not over yet and figures in the USA will continue to increase, which will only be exacerbated by too premature a lifting of lockdown. However, all the evidence shows that the vast majority of young and healthy people will experience only slight symptoms of COVID19, if at all, so why keep everyone cooped up. Common sense social distancing should continue for the most vulnerable, but is keeping everyone in semi-permanent isolation and/or wearing masks warranted? Evidence shows that many people may already have some immunity to COVID19 because of a degree of immunity from similar corona virus exposure.

In the UK, the confusion continues. The now infamous Imperial College report that apparently led to the lockdown in the UK, after apparent hesitation from Boris Johnson, has been widely criticized on many fronts. Even the decision to impose the lockdown may have come from pressure from Mr Johnson’s main advisor, Dominic Cummings. While the majority of Britons have been willing to comply with the lockdown requirement so far, cases have continued to rise. Johnson has come under criticism for not enacting the lockdown sooner, while others question whether it has really worked at all. So far, the ratio of deaths per million of the population is significantly less in Sweden than the UK, and both countries were initially criticized for not imposing a lockdown. The UK buckled under the pressure while Sweden held firm. The highest mortality rate has been seen in the elderly population in care homes in both countries. Both governments have now admitted that these populations should have been better protected. However, that aside, as far as deaths are concerned, Sweden’s voluntary model seems to have worked significantly better than the mandatory requirements imposed on UK residents.

As of May 18th, according to worldometers.info

The current death rate per million of the population in Sweden is 359 and in the UK it is 513.  So, given the profound impact of lockdown beyond the numbers of COVID19 deaths, Sweden’s voluntary measures seems so far, to be working.

While most countries imposed the lockdown, from China to Iran and then Italy, Spain and the rest of Europe, most of Africa waited. Even in the first week in March, flights from China were still coming into Nairobi, Kenya. Kenya, South Africa and other countries only began lockdown proceedings beginning in mid-March and only closed their borders around March 20th. South Africa embraced by far the strictest lockdown in the continent, followed by Kenya, Uganda. Rwanda, Ghana, Nigeria, Ethiopia and others. This despite very few deaths and no significant rise in hospital cases with serious morbidities. The chart below shows the main African countries affected. The figures show that some African countries have tested more than others, and therefore suggest that the rate of cases is higher, but as with so much of what we are seeing now, it is hard to make sense of the figures. The most striking fact is that COVID19 has not, so far, affected any African country in a similar way to Europe, the USA or Iran. Only some of these countries have imposed a lockdown strategy, and only South Africa and Egypt have been able to enact a nearly complete lockdown. In most African countries, life in the country has to continue, lockdown or no lockdown.

Tanzania is another country that has come under scrutiny for its choice not to enact a strict lockdown. In strong contrast to its immediate neighbours to the north and west, Kenya and Rwanda, Tanzania has followed a more informal route, more like an African version of the Swedish model. So far, it has not seen any significant difference in the number of cases or more importantly, deaths from COVID19. President Magufuli made the news when he decided to trial the imported tests he was given, taking specimens of a goat and a papaya and giving them human identities. Both came back testing positive, throwing the validity of the tests into question. An ongoing discussion of the accuracy of the tests, especially the RT-PCR tests, has added another dimension to the challenge of interpreting the numbers, not just in Tanzania but in all countries now trying to roll out widespread testing. For example, neighbouring Kenya is still expanding its testing even though its death rate is barely increasing. It has 50 deaths in a population of over 50 million and yet the population is stuck in a debilitating lockdown.

Whatever the situation regarding the testing of people, if the numbers are to be believed, Tanzania’s numbers show no difference to that of Kenya. There are less deaths in Tanzania which has a slightly higher population. However, that hasn’t stopped various media outlets and the US Embassy in the country criticizing Tanzania’s approach, which is interesting given the low number of cases and the profound socio-economic costs a lockdown strategy brings in any African country.

President Magufuli has not been known for his democratic tendencies since he came to power and he is being accused of manipulating the facts, covering up the real figures and not even bothering to take testing seriously. There have been accusations that secret night time burials have taken place and people have died of corona-like symptoms without it being acknowledged.  Many accusations have been made by opposition politicians to Magufuli. It is really hard to know what is true. However, the fact remains that even if he has tested only a fraction of the numbers in Kenya and Uganda (according to an article in African Arguments online Tanzania has tested 652 people, compared to 26,000 in Kenya and 45,000 in Uganda). None of the countries are testing enough people to enable useful analysis. Only serious morbidity and mortality rates will clarify what is happening and it is hard to know what is really true in any country. What is interesting in the African Arguments article is how it is being used politically to make a broader argument against Magufuli’s reign in power, and to make a case for the logic of a harsh lockdown. There are so many interlocking issues it is difficult to know what is true and illustrates again the dividing opinions on the topic of lockdown and analysis of the figures.

Criticism of President Magufuli isn’t new. He was criticized by the WHO last year for not divulging information regarding possible cases of Ebola in Tanzania, fuelling further criticism of his approach to COVID19. Whatever the exact situation is, a good argument can be made that the President has made a strategic decision not to totally close the country down for a small number cases. If it is working for Sweden then why not for Tanzania? Given that most countries in sub-Saharan Africa so far have a low COVID19 death rate it is very hard to justify the lockdown strategy with the profound impacts it is having on millions of lives. Already, experts are saying the lockdown in South Africa will kill many more than COVID19. Similar arguments are even being made in the UK. https://www.telegraph.co.uk/global-health/science-and-disease/two-new-waves-deaths-break-nhs-new-analysis-warns/

Finally, one of the challenges of enforcing a lockdown is, well, enforcing a lockdown. Most countries in Europe have been able to do so with the voluntary compliance of the populace. The USA has also largely succeeded, although there are now serious signs of resistance. In China, as we know, people have little choice and the surveillance machinery already in place makes resistance very difficult. India has enforced its lockdown in a somewhat draconian way, with one head of state government threatening to shoot people in the street. In Africa, some governments have allowed their police forces to use violence to maintain lockdown including beating violators. There have been deaths in South Africa and in Kenya. Police in Kenya began beating pedestrians wating for a ferry in Likoni, near Mombasa, one hour before curfew even started. The passengers were simply waiting for a ferry. At least twelve civilians have died in Kenya. Ugandan police have routinely beaten people and in Nigeria, it has been reported that more people have died from police violence than from COVID19. Therefore, before experts and WHO officials criticize African governments for not imposing a harsh lockdown on their own people, perhaps they should consider all the consequences of such a policy.