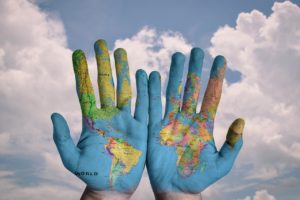 In South Africa, Shabir Madhi, a director at the South African Medical Research Council and professor of vaccinology at the University of Witwatersrand, said the the virus could be with us for a few years. “ We must be clear. This is not a three to six-month project. This is not the 2020 phenomenon. This pandemic will be with us until the end of 2022 at the earliest. One wave of the virus will be followed with another and it will take that long for a herd immunity to develop.” She then mentions the hope that a vaccine could be ready by September this year. “These important strides could decide how long we have to live under such conditions.”

How does she know this to be the case? Most corona viruses come and then disappear within one season. There is no way to know how long it will last and how can she be sure a vaccine will be developed so quickly and that it will be effective. Are these expert opinions just projections and not based on any real scientific principles?

The government wants to lockdown the population in one of the world’s poorest countries, where the margins for survival are very fine, when there have been only 3 deaths in a country of around 23 million souls. How many would die if the country is allowed to lockdown its citizens? Expert predictions are that it would be many more.

With only one death, a person with a co-morbidity of diabetes, a known factor in COVID19, the country has still felt impelled to enforce a partial lockdown. The borders to neighbouring South Africa and Mozambique remain closed. Public transportation is minimal, and many people are already suffering economic hardship. Eswatini relies on South Africa for much of its food imports. An extended lockdown in either country could have profound impact on the population.

Therefore, in a country with only an apparent 17 active cases, there are still some forms of partial lockdown in place. However, as with many African countries, outside the main cities, life carries on as normal. People don’t have the time or the option to stay in their homes.

Given the high population, urban density and having the largest city in the continent, 93 fatalities is remarkably few. Even without having extensive testing facilities, if COVID19 had really affected the country, the hospitals in major urban areas would easily be overrun. However, that hasn’t happened so far. Any increase in total numbers because of increased testing will only have relevance if more serious cases are seen, not just in the number of positive tests. Given the very young average age in Nigeria, it is likely that many have already been exposed to the virus without knowing it. That brings into question the lockdown strategy imposed on the country and the impact it is having on millions living in the large urban areas.

South Africa = 5,951: Egypt = 5,895: Morocco = 4,569: Algeria = 4,154: Nigeria = 2,170. The African Union (AU) is in talks with Madagascar over its herbal treatment for COVID19 called Covid-Organics. AU said it was in contact with Madagascar “through its embassy in Addis Ababa, with a view to obtaining technical data regarding the safety and efficiency of a herbal remedy, recently announced by Madagascar for the reported prevention and treatment of COVID19.” Half a dozen African countries have expressed an interest in it.

The culture of using traditional herbal medicines is strong in most of Africa. It makes sense to look for a natural cure for COVID19, given that stimulating a healthy immune reaction is the best way to treat infections, as well as to have preventative effect. There are already many well-known herbal treatments to treat all kinds of infectious diseases found in Africa.